"Paraboles ulx-56834" is a sculptural, kinetic and sound work that proposes an analogy between the theme of breath (spirit) and waves - mainly electromagnetic - by bringing together their free, disruptive and sometimes demystifying character.

The installation takes place in the St-François church in Lausanne from 18 June to 26 September 2021 as part of the artistic hospitality offered by the eponym Association.

A telecommunications tower occupies the nave of the church. In the manner of the "assisted ready-made", it has been recovered and separated into several parts by the artists. Thus dismantled, the device (which is made with almost exclusively reused materials) acquires an unfinished aspect that evokes the space of a construction site, a space in progress that calls for debate.

Several types and forms of antennas - which usually allow the transmission of variable wave frequencies - are attached to the fragments of the pylon. The collective has 'hacked' these different antennas by adding a rotating system with seven speakers, five of which are directional. Motorised and sometimes in movement, they seem to be at the mercy of a stream of air that sometimes stops short to leave room for silence. The directional loudspeakers broadcast sounds that aim to give a tangible presence to the invisible character of our electromagnetic fields.

These decentralised audio layers sculpt the air and offer visitors - in a thirty-minute loop - multiple points of view on contemporary subjects linked to the theme of breath and waves. For the occasion the trio invited five contributors to participate in the sound content of the piece:

- Nicolas Nova (anthropologist) offers a guided tour in the form of " infrastructural tourism " in order to understand the hidden stories behind the satellite antenna in Leuk (VS).

- Francine Carrillo (theologian and poet) has created a poem that will make you dance and meditate on the theme of breath and waves, as an invitation to discern the "perhaps" that palpitates beneath the rustle of our time. Voices by Anne Colombini.

- Veronica Bindi (scientist) takes us on a journey through the entire spectrum of electromagnetic waves and reveals how the universe uses various frequencies to communicate and transmit its message.

- Yves Citton (media archaeologist) has written Paraboles ctdlr-1760 & tae-1920: a montage of four texts that resonate the appearance of Gaia over the centuries as a tangle of spirits and waves to be revisited under the horizon of a glitch feminism (with Charles Tiphaigne de La Roche, Thomas Alva Edison, Legacy Russel).

Just like breath, the waves circulate wherever they please.  By crossing material walls and abolishing long distances, they help us to understand and explain certain phenomena in our world.

Waves can also be conflicting, and the works of the Fragmentin collective are often conceived as spaces for discussion or public debate on crucial contemporary themes and issues. Here, investing a church with devices for the exchange of electromagnetic waves and data can be read as a slightly provocative way of questioning the hasty and undemocratic acceptance of new technologies such as the multiplication of antennas for the 5G network, with no regard for their impact on society and the landscape.

Although their visual impact is often criticized, they sometimes help to constitute a landmark in the landscape, as in the case of the small, now inactive antenna in Sottens, which, unlike its larger 188m sister blown up in 2014, has been preserved as a souvenir of a whole era, like an archaeological object.

Finally, the choice of using the ready-made is in line with Fragmentin's current ecological reflections: recovering, recycling rather than producing.

A programme of three performances - curated by Fragmentin - also enriches the piece during the summer. This programme features a concert by Kali Malone: a contemporary American composer and organist, a performance by Respiria: a hypersensitive electro-artist and a live performance by Than Lin, an electronic music composer from Lausanne, who will re-interpret sounds captured by radio amateurs.

The subtitle ulx-56834 is a reference to the name of the wifi network of the church. 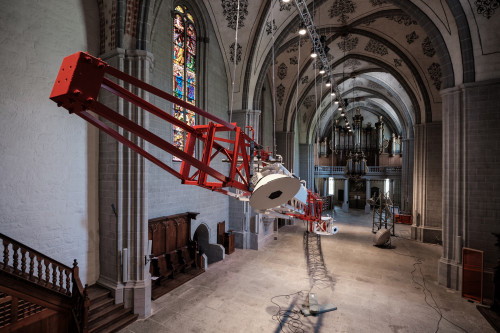 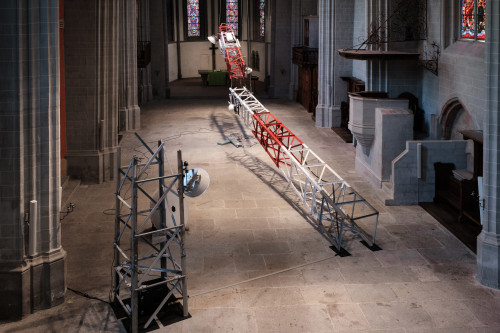 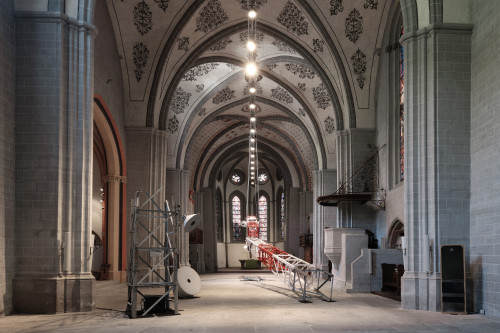 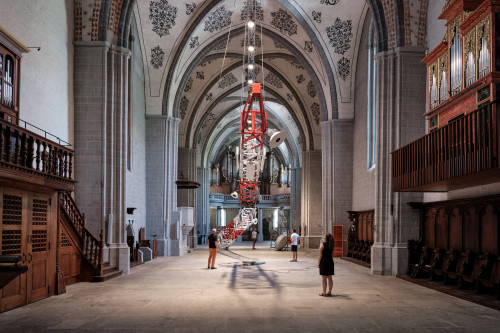 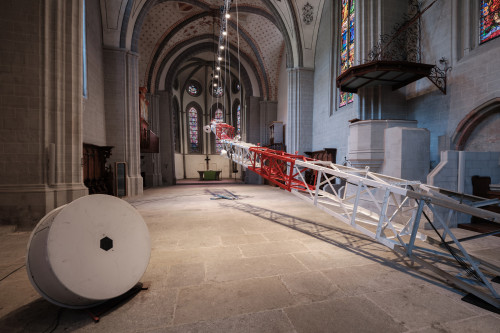 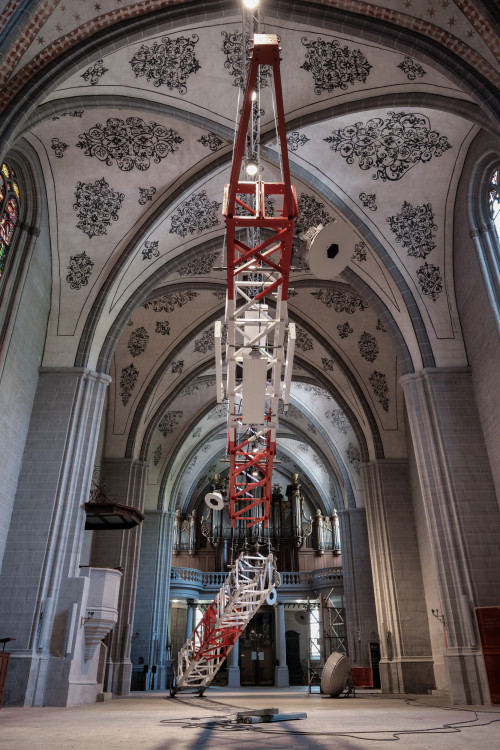 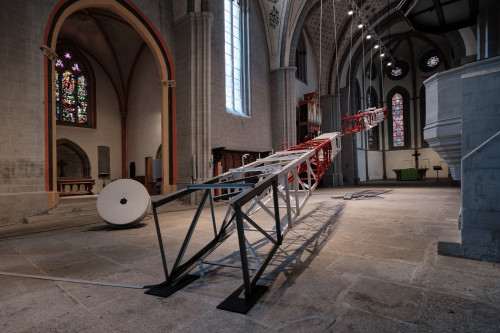 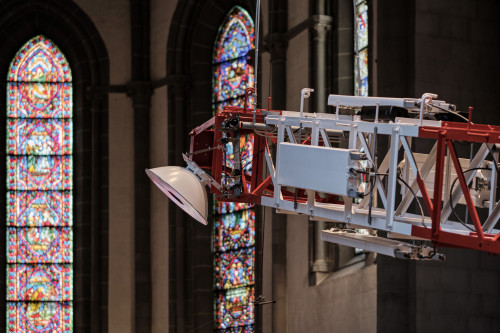 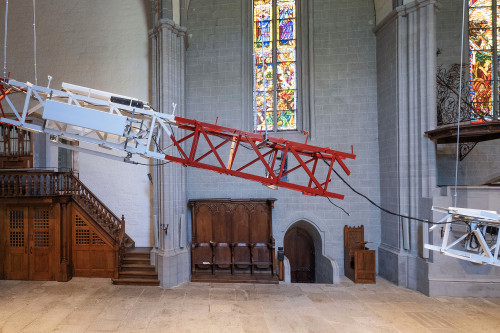 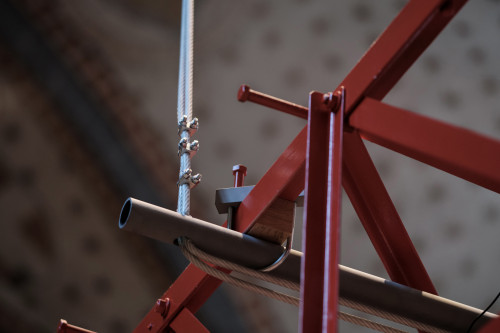 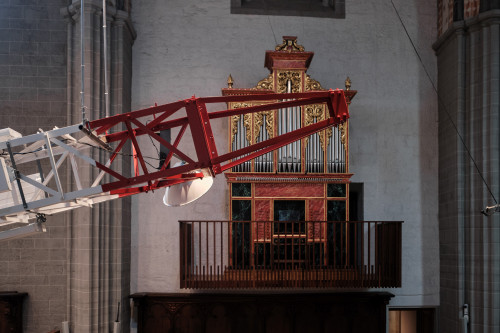 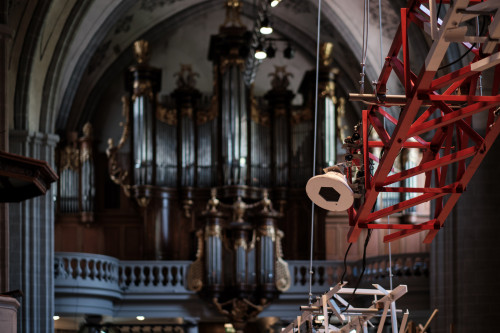 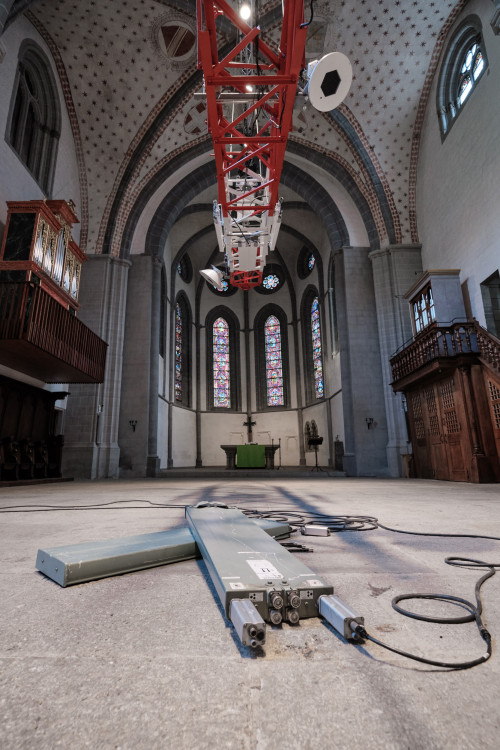 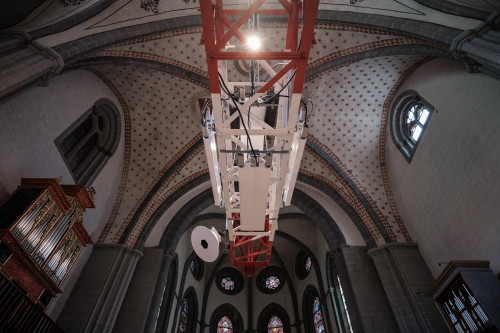 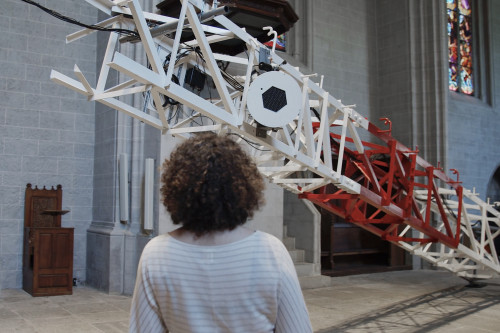 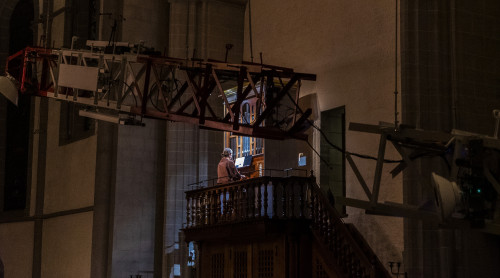 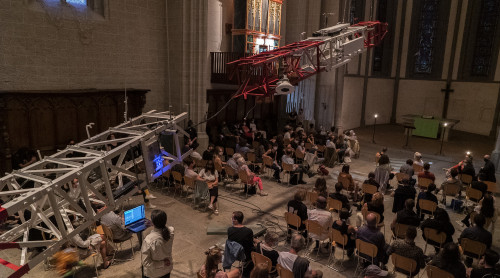 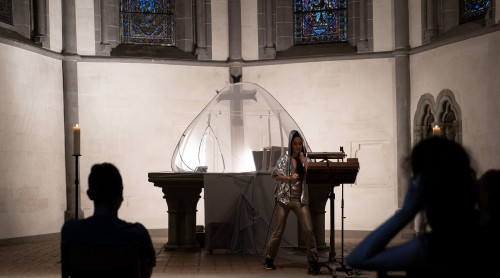 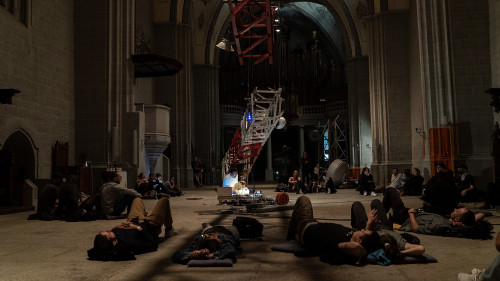 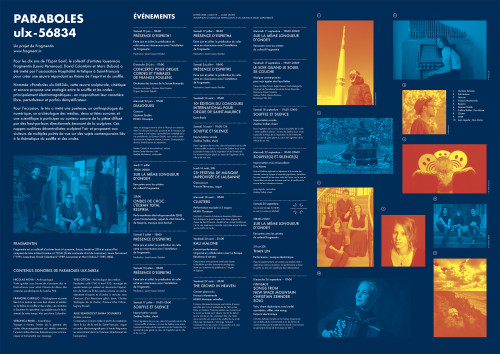 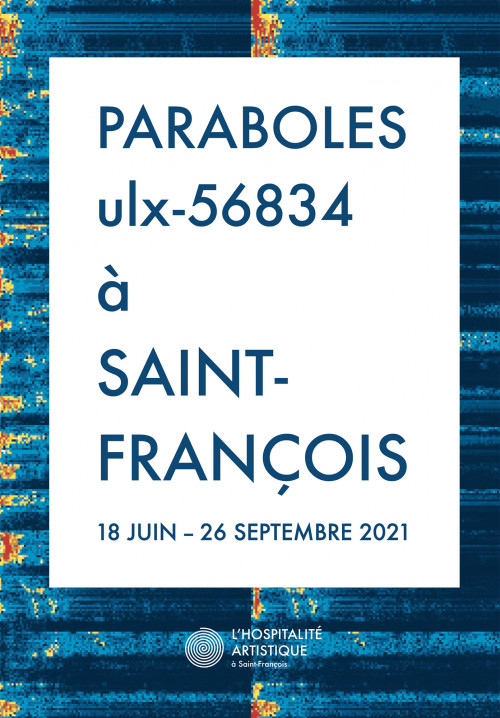