From September 24th to October 3rd, 2020, the 3rd international Alps Art Academy took place in the Safiental Valley (Grisons, Switzerland): A summer academy which focuses on land and environmental art.

It is held every two years in Tenna and is composed of a rich programme of seminars, talks, workshops and projects mentoring.

In that context, Fragmentin mentored conceptually and technically two projects of participants under our proposed topic "Hacking nature":

The first one entitled “An-10-A”, by the collective State of the Heart, composed by three female italian architects (Alessia Bertini, Chiara Salmini, Sofia Gozzi) and the second one “Your emotional path” by swiss designer Mathilda Humard.

“If you feel God is following you, you are a believer; what are you if you know that satellites are following you? an actor?”

Interpreting Rem Koolhaas’s question, AN-10-A is a piece of oneiric infrastructure bounding the local territory to the augmented globe. The antenna Intercepts the transit of commercial satellites crossing its conic tracking area and returns it in real time through a signaletic audio-visual lan- guage.

A collection of sounds sampled in the local church plays an andamento sinusoidale according to the perceived position of the satellites in relation to the observer. The 9 LED-suns at the top of the aluminium structure blink eyes at their passage.

These two coordinated stimula are composed by the journey of the satellite themselves, their invisible music directors. The infrastructural and algorithmic ballet is a nocturnal perennial appointment.

Your emotional path is a land art intervention inviting you to mediate about your feelings and emotion. It proposes a new way to communicate about it. It is inspired by the three marking painted path signs that we could find on stones, trees or walls in Switzerland. 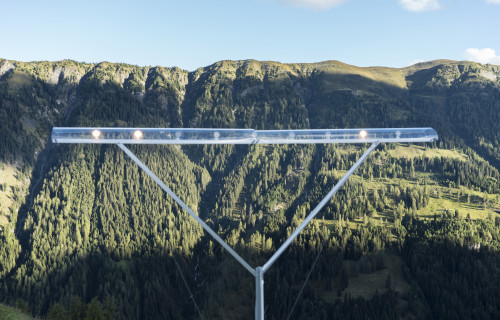 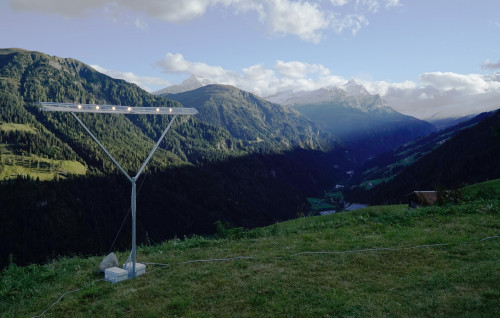 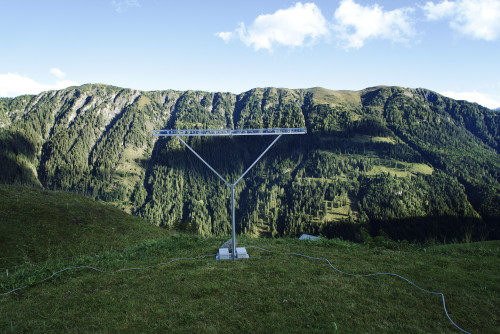 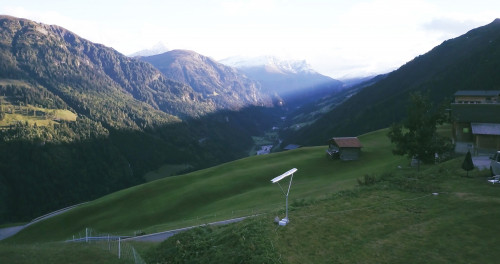 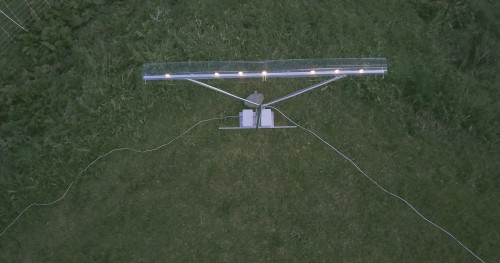 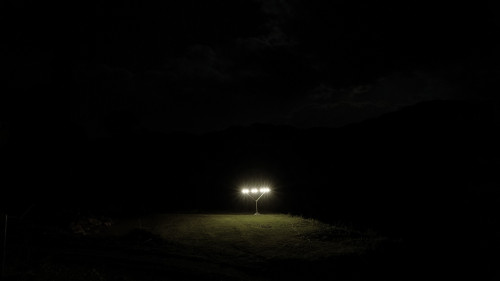 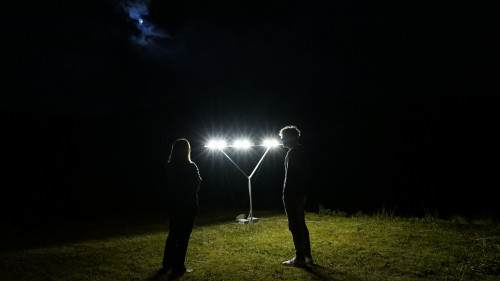 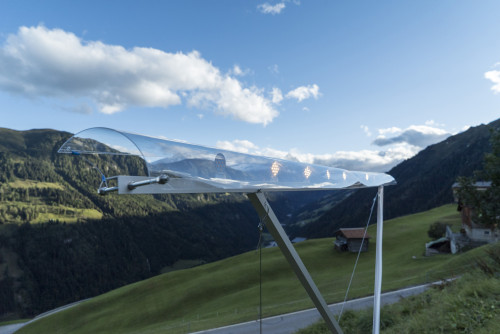 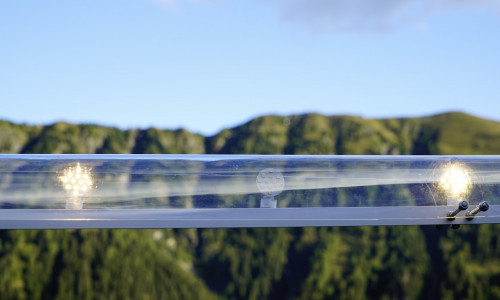 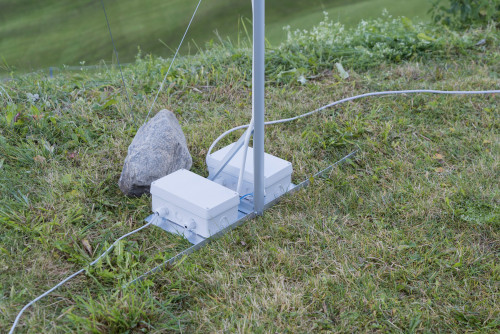 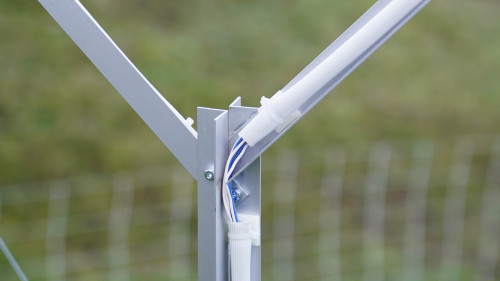 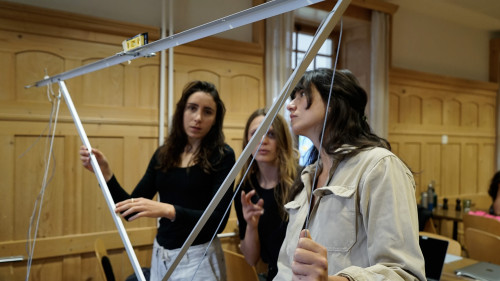 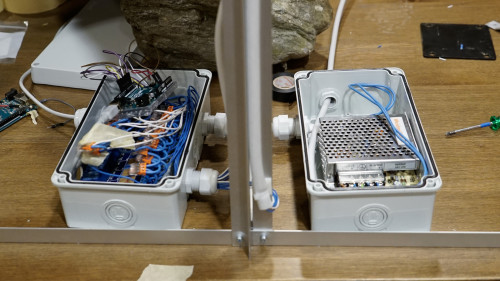 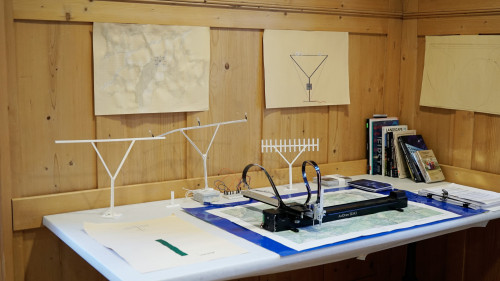 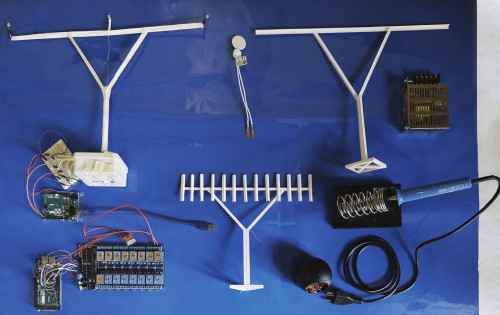 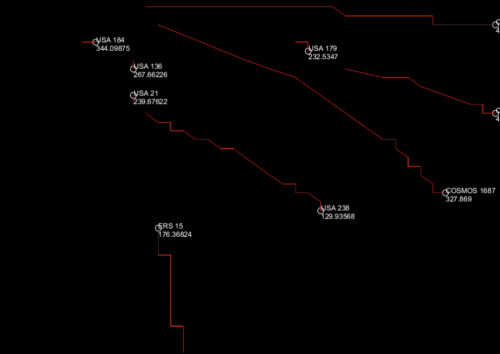 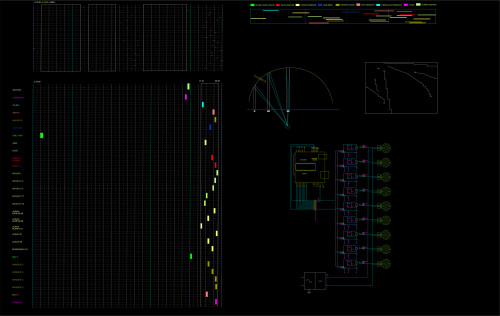