Your Phone Needs To Cool Down

In the context of climate change, technology is often discussed as either a cause or a solution. This installation shifts the narrative by speculating over how consumer electronics themselves will fare in a future affected by catastrophic global warming.

The collective imaginary pictures technological devices as entities existing beyond the constraints of their environments. Visions of indestructible robots permeate popular culture, accentuating the notion that these inorganic structures are undisturbed by thermal or electromagnetic radiation. In reality, this is not the case. While some contraptions are designed to withstand extreme conditions, the immense majority of machines we come across are quite vulnerable. For example, most smartphones become unusable in temperatures exceeding 45°C: « iPhone, needs to cool down before you can use it ».

So as to evoke an artificial climate, this artwork features equipment found in terrariums. Two heating lights – one representing sun and the other moonlight – create temperatures which can vary between 25°C and 55°C. In the glass box, smartphones have replaced reptiles, exhibiting their possible behavior between heat waves. At 45°C, the devices will go into a sort of high-tech hibernation; freezing screens in scorching temperatures. Under 45°C , the phone displays media content which reflects and speculates about his own survival as consumer electronics. 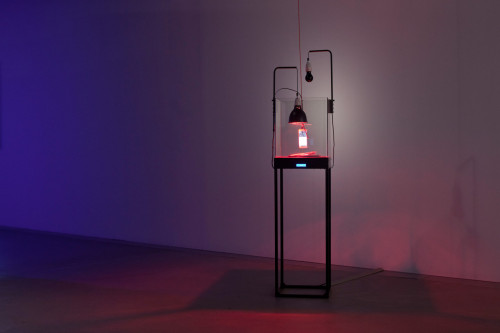 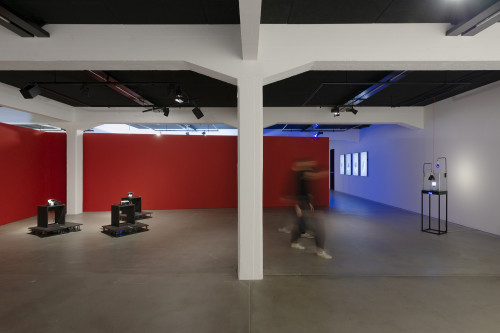 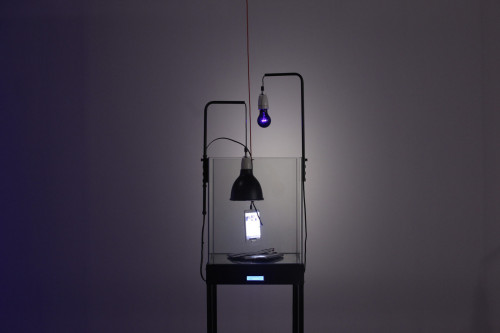 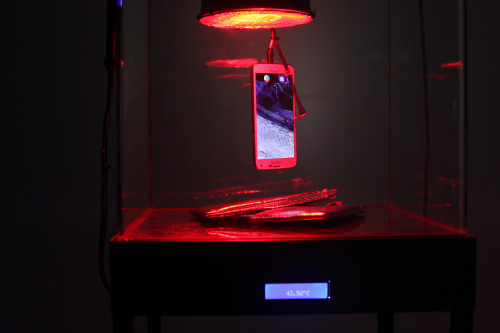 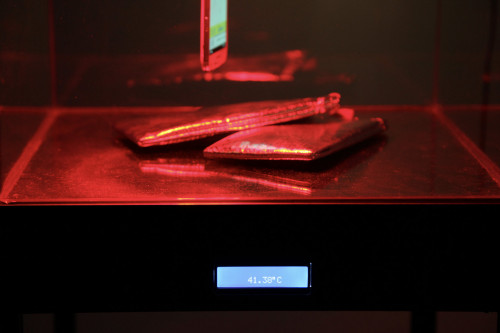 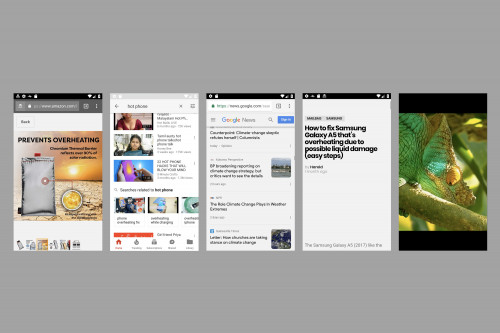 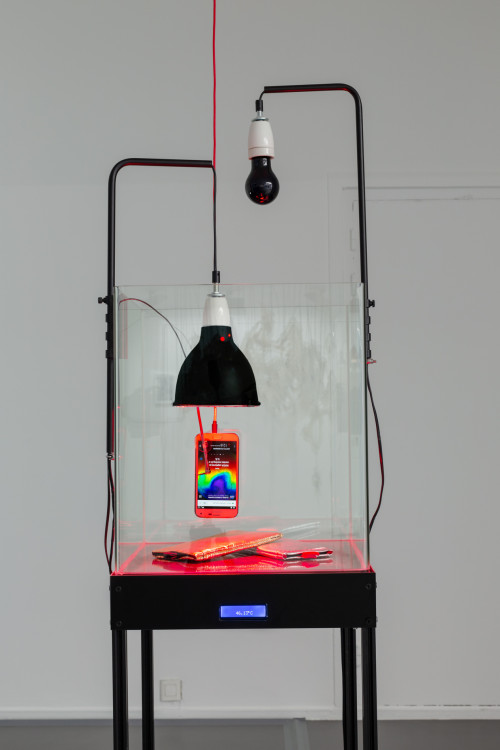 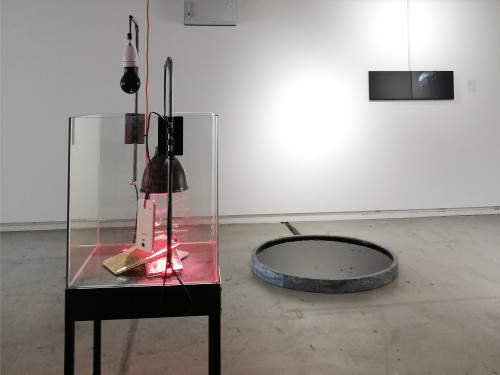 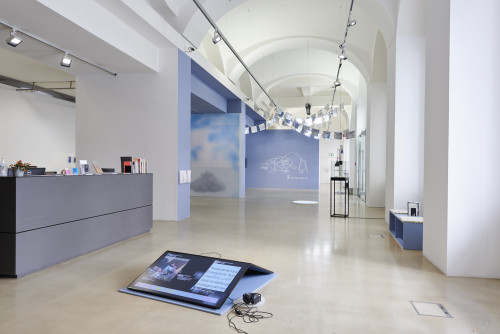 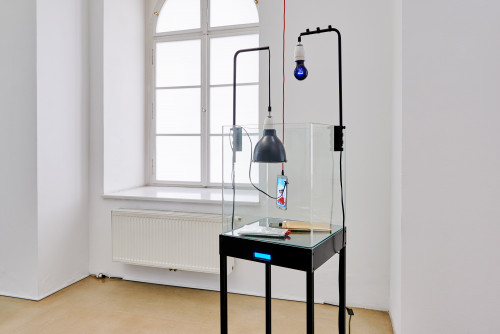